If you were unable to make it to our curriculum meeting, please click on the link to access the presentation used: Curriculum Presentation to Parents

Pupils will study a variety of different genres of writing during the summer term including
Character study: Link to history unit: The Tudors
Henry V111- BIOGRAPHY

1. Use adjectives for effect.
2. Using hyphens to create adjectives to describe.
3. Figurative language.
4. Using a range of sentence openers highlight the key vocabulary and sentence variation.
Adventure story
Kidnapped (Pie Corbett)
Select appropriate grammar and vocabulary, understanding how such choices can change and enhance meaning in narratives (for example to describe settings, characters, develop atmosphere and use dialogue to enhance character and action).
Propose changes to vocabulary, grammar and punctuation to enhance effects and clarify meaning.
Use adverbials of time, place and number to link across paragraphs (for example later, nearby, secondly.
Poetry- Fairgrounds
Children could work in pairs to suggest ways of improving the poem using their own vocabulary and ideas.
Establish features of a selected form clearly, with some adaptation to purpose.
Add effects, music and jingles, trimming and fading each sound to fit the narration and create a catchy memorable advert.
We will be working on practicing weekly spellings from the Year 5/6 National Curriculum lists. We will continue to reinforce and develop the use of good punctuation throughout all subjects

The children will take home individual books, which are matched to their individual reading level.  During their whole class reading lessons in the spring term, the children will read a variety of texts including Street Child and The Boy in the Girls Bathroom.  They will work at developing their ability to retrieve, summarise and infer information from the text as well as widening their vocabulary. Activities will include:

Science – Reproduction in plants and animals

(Snappy Science Lessons 1, 2, 3, 6, 7, 8)
•           Describe the life process of reproduction in some plants and animals.
•           Describe the changes as humans develop to old age.
Reporting and presenting findings from enquiries, including conclusions, causal relationships and explanations of and degree of trust in results, in oral and written forms such as displays and other presentations.
Identifying scientific evidence that has been used to support or refute ideas or arguments.
Recording data and results of increasing complexity using scientific diagrams and labels, classification keys, tables, scatter graphs and bar and line graphs.
Marvellous mixtures
Snappy Science Lessons 1, 2, 3, 4  and All change!  Lessons 1, 2, 3, 4, 5
Links separating mixtures and particles in physical and chemical change
•           Use knowledge of solids, liquids and gases to decide how mixtures might be separated, including through filtering, sieving and evaporating.
•           Know that some materials will dissolve in liquid to form a solution, and describe how to recover a substance from a solution.
•           Demonstrate that dissolving, mixing and changes of state are reversible changes
•           Explain that some changes result in the formation of new materials and that this kind of change is not usually reversible, including changes associated with burning and the action of acid on bicarbonate of soda.
Using test results to make predictions to set up further comparative and fair tests.

During the summer term this is what the children will study for each curriculum subject:

Geography- The Human and Physical geography of the Black Country


Know that the Batlle of Bosworth was in 1485 – ending the War of the Roses (Yorks vs Lancastrians) leading to the beginning of the Tudor dynasty.
Know Henry VII defeated Richard III.
Understand the significance of the Tudor Rose combining the red rose of Lancaster and white rose of York as a symbol of unity.
Know that Henry VIII took his father’s throne at the age of 17 in 1509.
Understand the marriage history of Henry VIII and his desire for a son.
Understand Henry VIII’s reasons for breaking from the Catholic Church and the introduction of the Church of England and protestant nation and the reasons for this (for his own selfish reasons of granting a divorce).
Know the Act of Supremacy in 1534 created the Church of England and made Henry its head.
Know that the dissolution of the monasteries meant that the riches were kept and the divide between the rich and the poor was vast.
Understand the effect and impact of the dissolution of the monasteries - Halesowen Abbey (local link - built in 1214 and handed over to Henry VIII in 1538)
Know when Queen Mary (Bloody Mary) came into power and how she tried to lead the counter-reformation and purge Protestantism (although it failed).
Know that religious persecution took many forms e.g. torture, burned alive.
Know Queen Elizabeth I succeeded to the throne on the death of her elder Catholic half-sister ‘Bloody’ Mary in 1558.
Know her 45 year rule is popularly seen as heralding a new age for England and she has been described as one of the country’s greatest monarchs.
Understand how the events of the Tudor era and the actions of Henry VIII have helped shaped modern day Britain.
Know that nearly 3/4 of the population in Britain are Christian - look at school’s data to make comparisons in percentages between religions.
Design and Technology- Food – Celebrating culture and seasonality
To use knowledge of culture and seasonality to create a savoury snack
Nadiya Hussain

Activity Process
Investigative and Evaluative Activities
Children use first hand and secondary sources to carry out relevant research into existing products to include personal/cultural preferences, ensuring a healthy diet, meeting dietary needs and the availability of locally sourced/seasonal/organic ingredients. This could include a visit to a local bakery, farm, farm shop or supermarket e.g. What ingredients are sourced locally/in the UK/from overseas? What are the key ingredients needed to make a particular product? How have ingredients been processed? What is the nutritional value of a product? Children carry out sensory evaluations of a variety of existing food products and ingredients relating to the project. The ingredients could include those that could be added to a basic recipe such as herbs, spices, vegetables or cheese. These could be locally sourced, seasonal, Fair Trade or organic. Present results in e.g. tables/graphs/charts and by using evaluative writing? Use a range of questions to support children’s ability to evaluate food ingredients and products e.g. What ingredients help to make the product spicy/crisp/crunchy etc? What is the impact of added ingredients/finishes/shapes on the finished product? Research key chefs and how they have promoted seasonality, local produce and healthy eating.

Focused Tasks
Demonstrate how to measure out, cut, shape and combine e.g. knead, beat, rub and mix ingredients. Demonstrate how to use appropriate utensils and equipment that the children may use safely and hygienically. Techniques could be practised following a basic recipe to prepare and cook a savoury food product. Ask questions about which ingredients could be changed or added in a basic recipe such as types of flour, seeds, garlic, vegetables. Consider texture, taste, appearance and smell. When using a basic dough recipe, explore making different shapes to change the appearance of the food product e.g. Which shape is most appealing and why?

Design, Make and Evaluate Assignment
Develop a design brief and simple design specification with the children within a context that is authentic and meaningful. This can include design criteria relating to nutrition and healthy eating. Discuss the purpose of the products that the children will be designing, making and evaluating and who the products will be for. Ask children to generate a range of ideas encouraging innovative responses. Agree on design criteria that can be used to guide the development and evaluation of the children’s product. Using annotated sketches, discussion and information and communication technology if appropriate, ask children to develop and communicate their ideas. Ask children to record the steps, equipment, utensils and ingredients for making the food product drawing on the knowledge, understanding and skills learnt through IEAs and FTs. Evaluate the work as it progresses and the final product against the intended purpose and user reflecting on the design specification previously agreed.

RE –
U2.8
Christians and how to live? What would Jesus do?
U2.9
What will make Sandwell a more respectful community?

HOW YOU CAN HELP 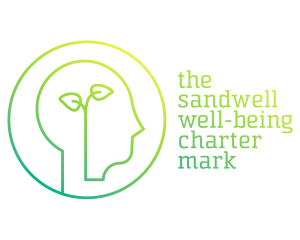 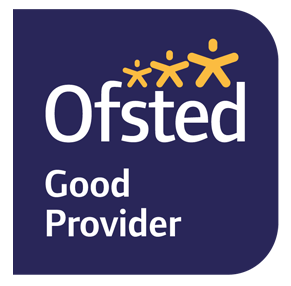 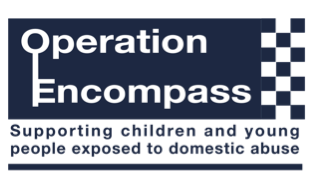 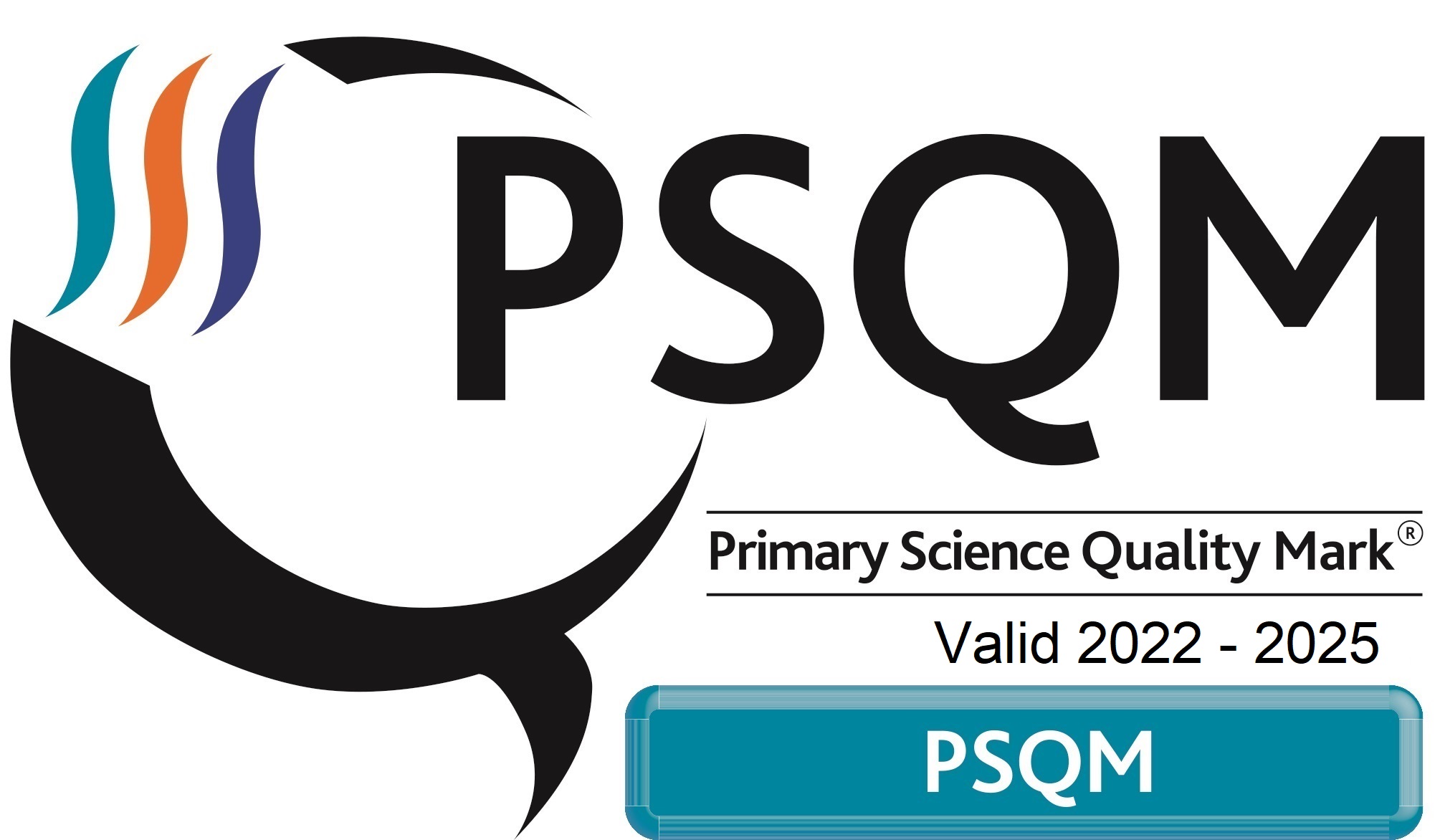